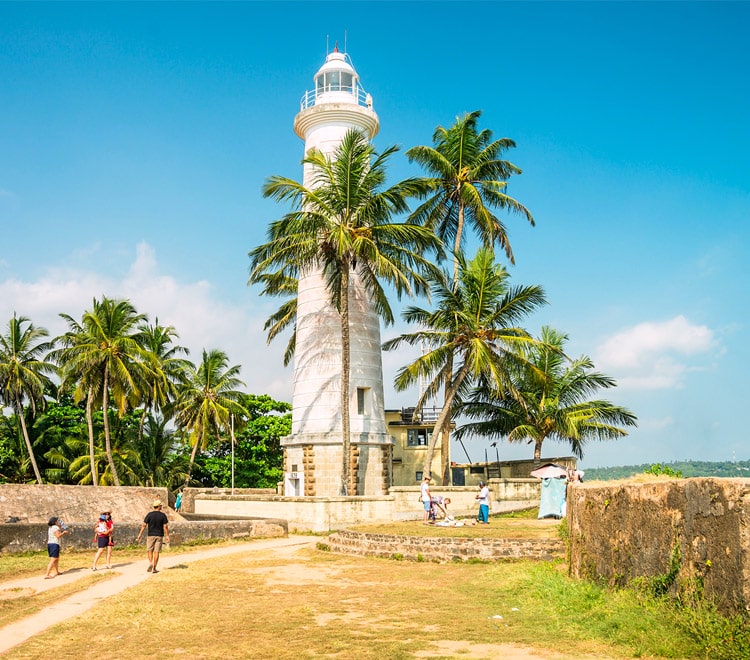 Leave for Galle the first stop is at Kosgoda turtle farm. Then we continue to Galle Dutch Fort. Galle Dutch Fort is the best example of a fortified city built by Europeans in south and southeast Asia, showing the interaction between European architectural styles and south Asian traditions. The Galle fort is a world heritage site and the largest remaining fortress in Asia built by European occupiers.

When we arrived in Galle we sight seeing the city, visit the Dutch fort, the Galle Museum, a old Dutch church and the British church , We proceed and see the stick Fishermen sit on sticks while fishing in the traditional way. We proceed to Hikkaduwa. Hikkaduwa is a small town on the south coast of Sri Lanka. It is located in the Southern Province, about 20 km north-west of Galle. We go with a glassbottom boat and watch the corals, if you like it you can go snorkeling, after that we will have a boatrip at the Maduganga River in balapltiya with his famous 68 islands.

After the river trip we will proceed via Beruwela and Colombo back to the hotel.